Who Killed Dorian Gray?: "While teaching writing at an artists colony, mystery editor Claire Rawlings gets some bad vibes from the writers there. It only gets worse when she finds the colony's resident beauty — dead in the bathtub. 'Who Killed Dorian Gray' is an absolutely delightful and wonderfully clued story ... captures the reader's imagination." — Romantic Times

"I read that the author had attended classes at John Jay College for Criminal Justice in New York City. It shows. The background was convincing in the areas of police procedural, forensic settings and dialogue. But there was also a subplot about a protagonist with PTSD, and a love story, and a separate crime to be solved. The structure was complex, but it didn't slow the novel down. The release of information was well-paced, and the foreshadowing of events kept me on the edge of my seat." — A.M. Summers via Amazon

​​"Watson, do you believe in ghosts?"

With this question, Sherlock Holmes shatters the calm of a quiet evening in their London flat and, with Dr. John Watson at his side, embarks upon a particularly strange case. Holmes has received a request for aid from Lord Charles Cary, whose family is seemingly being threatened by ghosts in and around the family manor.
The manor is Torre Abbey, a twelfth-century monastery in Torquay, Devon, and it has a long history of hauntings. While skeptical of the supernatural, Holmes does believe that the Cary

SILENT SLAUGHTER: He chooses his tools with precision. Stalks his victims with cold efficiency. Plans his attack using mathematical logic. And now he is ready to play, but there are rules to his game. When the killer's first letter arrives at the station, NYPD profiler Lee Campbell suspects the writer is daring him to match wits with a dangerous--and brilliant--criminal mind. But once this "Alleyway Strangler" starts leaving specially targeted messages with each surgically carved corpse, Campbell realizes it's not just personal. It's perfectly calculated ... to destroy him.

Who Killed Mona Lisa?: Claire's editor-in-chief tells her to visit a cozy New England inn to spend Thanksgiving weekend with her new boyfriend, Wally Jackson, and young Meredith tags along. Work delays Wally, and a surprise snowstorm forces Claire and Meredith to entertain themselves inside. They find a pile of old letters addressed to the Secret Drawer Society--a Wayside Inn tradition. For years, anonymous guests scribble their deepest secrets for others to read. Bodies start turning up and dead letters become clues to the inn's dark past–and darker present.

The Haunting of Torre Abbey

in The Further Adventures of Sherlock Holmes series

"The final story, labeled 90th Anniversary Fiction, Slaughter House by Carole Buggé, appears to be intended as a tribute to the late Richard Matheson.  It’s a grisly cautionary tale about spoiling one’s daughter and what happens when she doesn’t get what she wants.  It’s extremely well-written, and I wouldn’t mind seeing more work by Ms. Buggé."

"The last story is classified as 90th Anniversary Fiction, Slaughter House, by Carole Buggé.  In "The Eyrie", editor Marvin Kaye tells us that it is "a prologue to the same-named story about a haunted house from the July 1953 issue", by Richard Matheson. A woman named Mary O'Gary looks back at her youth when she was maid to the Slaughter family, and especially their spoiled daughter, Clarissa. Her parents threw a grand party and two brothers, Jon and Saul Edelman, attend. Clarissa is attracted to Jon who ignores her so she flirts with Saul. Jon still ignores her. Clarissa is so bothered she settles into a "black depression" and must be hospitalized. When she is released, her parents throw another grand party and tragedy strikes. Richard Matheson would have heartily approved of this story. I can pay it no higher compliment."

Purchase
Star of India at: 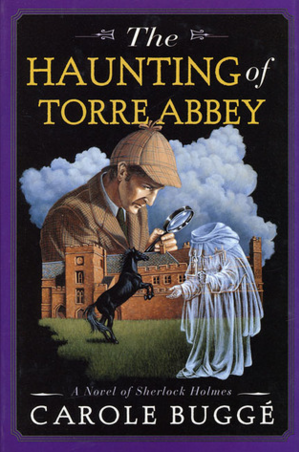 SILENT VICTIM: At first, they look like suicides. Two bodies within a week — one found floating in New York's East River, another electrocuted in the bathtub, but forensics show that the victims were drugged, then killed. As the death toll grows, so does the brutality of the murders--and the killer dubbed "The Flesh Collector" continues to prey.

The Star of India

in The Further Adventures of Sherlock Holmes series

family is in danger-a belief which proves to be horrifyingly accurate when, shortly after they arrive at Torre Abbey, a household member dies suddenly, mysteriously, and seemingly of fright. As strange sightings and threatening apparitions become almost commonplace, Holmes must uncover the secrets of the haunted abbey and the family that lives there if he is to have any hope of protecting the living and avenging the dead.
In a case that taxes his wits, and seems beyond the reach of his usual methods, Holmes must grapple with his most deadly and unforgiving foe. 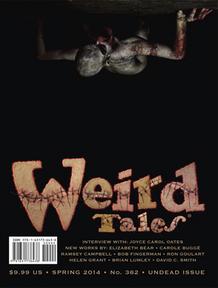 "Why I live at the Laundromat"

She is also a semi-finalist in the Ellen Gilchrist Prize in Short Fiction, and the Featured Poet in this edition. Copies of this edition for sale on the China Grove press website (link below).

"C. E. Lawrence is multi-talented. Her abilities in the areas of the stage, both in writing and acting, are well-known and appreciated. She is also garnering quite the reputation as an author of thriller and suspense novels; a reading of SILENT VICTIM, her latest offering, demonstrates why. Lawrence pushes plot and character boundaries to put an entirely new twist on the whole concept of the serial killer."

SILENT KILLS: The killer picks her up in a Manhattan night club. Another trendy victim of the latest downtown scene. Young. Fresh. Healthy. Perfect. The police find her body in a Bronx park. Pale as a ghost. Peaceful in death. Her life has been drained away. Slowly. Methodically. Brilliantly. 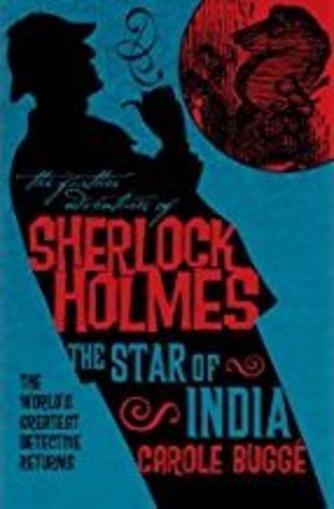 SILENT STALKER: Death wears a mask – NYPD profiler Lee Campbell arrives to find the victim lying in the lobby of her building In a pool of blood and wearing a white mask. When he learns the girl was an actress, he follows the trail to an off-Broadway theater where she was rehearsing for a play. But Campbell suspects the killer was rehearsing, too — for another murder — because one of the victim’s co-stars has just received a warning: “You’re next.”

Purchase the Claire Rawlings "Who Killed" series on:

"The Star of India is a perfect continuation of Holmes' adventures. The story is good and twisty while retaining its Victorian style, fabulous London settings and Watson's voice. The book both honored Conan Doyle and, dare I say it, improved on him by adding a warmth that is sometimes missing in the originals. Highly recommended." — Heather Higgins via Amazon

In this spellbinding thriller series, psychologist-turned-criminal-profiler Lee Campbell is determined to keep working with the NYPD while enduring painful reminders of his past. He is still traumatized by the unsolved disappearance of his sister in the mid-'90s, and struggling to recover from a nervous breakdown. As a police profiler, Campbell sees the gruesome handiwork of the most brilliant and deranged criminal minds in New York. Despite his own pain, he must match wits with the most diabolical of them and stop their heinous, bloody crimes.

Who Killed Blanche DuBois?: New York mystery editor Claire Rawlings spends her days scrutinizing the motives and methods of fictitious criminals, and her precocious thirteen-year-old friend Meredith Lawrence has a keen eye for the facts of crime. So when she comes to New York to visit, the two mystery buffs work together to sleuth the truth about a real-life murder. When Claire's star author, the ferociously flirtatious Blanche Dubois, is found dead after eating a poisoned apple, there's no shortage of suspects. Many who knew her were jealous of her success–and just as many were put off by her haughty, demanding demeanor.

"Very strong contribution to the series: Great plotting, highly involving characters and totally believable. Homes characterisation, not falling into one cliche after another as many do."

SILENT SCREAMS: "C. E. Lawrence has achieved a rare level of authenticity, not only in character development, but also in the realistic use of behavioral science. If you want to read a serial-killer thriller that's solidly based on frightening reality, (Silent Screams) is the one." —Louis B Schlesinger, Ph.D., professor of forensic psychology, John Jay College of Criminal Justice

Holmes and Watson find themselves caught up in a complex chess board of a problem, involving a clandestine love affair and the disappearance of a priceless sapphire.
Professor James Moriarty is back to tease and torment, leading the duo on a chase through the dark and dangerous back streets of London and beyond.
Sir Arthur Conan Doyle’s timeless creation returns in a new series of handsomely designed detective stories. The Further Adventures series encapsulates the most varied and thrilling cases of the worlds’ greatest detective.