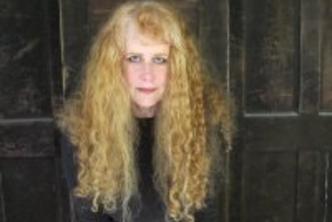 Carole Buggé (C. E. Lawrence) has nine published novels, six novellas and a dozen or so short stories and poems. Her work has received starred reviews from such publications as Kirkus, The Library Journal, Publisher’s Weekly, Booklist, The Boston Herald, Ellery Queen, and others. Her short fiction has appeared in numerous anthologies and magazines.

Winner of both the Euphoria Poetry Competition and the Eve of St. Agnes Poetry Award, she is also a two time Pushcart Poetry Prize nominee and First Prize winner of the Maxim Mazumdar Playwriting Competition, the Chronogram Literary  Fiction Prize, Jerry Jazz Musician Short Fiction Award, and the Jean Paiva Memorial Fiction award, which included an NEA grant to read her fiction and poetry at Lincoln Center.

She was also a  finalist in the McClaren, MSU and Henrico Playwriting Competitions, and she has read from her works at Barnes and Noble, The Knitting Factory, Mercy College, Merritt Books, the Colony Café, as well as the Inquiring Minds and Gryphon Bookstores.

She has received grants from Poets and Writers, and the New York State Arts Council.

Her story "A Day in the Life of Comrade Lenin" received an Honorable Mention in St. Martin's Best Fantasy and Horror Stories, and she was a winner in the Writer's Digest Competition in both the playwriting and essay categories.

She was the only writer to be selected two years in a row, from over 600 blind submissions, to be included in both Vengeance and The Mystery Box, the 2012 and 2013 anthologies published by Mystery Writers of America, edited by Lee Child and Brad Meltzer respectively.

She was sponsored by The Paper Mill Playhouse for a TCG Playwriting Award two years in a row, and was a Playwriting Fellowship finalist at Manhattan Theatre Club.

She is a Fellow of the International Writers Retreat at Hawthornden Castle, Scotland, as well Writer in Residence at Byrdcliffe Arts Colony in Woodstock, New York.

She was head writer for the television sketch show Human Relations 101 and is a juror for the Scholastic National Achievement Awards in both the playwriting and fiction writing categories.

She holds a B.A. with honors in English, with a second major in German from Duke University, where she also received formal training in piano and voice.

She teaches creative writing at NYU and Gotham Writers Workshop, and has taught at the Cape Cod, San Miguel and Woodstock Writers Conferences.

"C.E. Lawrence (the pen name of Carole Buggé) writes suspense novels that examine the dark side of human behavior. She's fascinated by the criminal mind, how it got that way, and why it does such terrible things."